Today’s generation is crazy about memes. You open any social media platform, your feed will be full of memes, and we all enjoy having our moments of laughs and fun looking at the memes. However, it’s not just social media that’s trending for memes.

Memes are pretty popular in the crypto world too. The fact is evident from many meme coins on different crypto exchanges. These coins are created as a joke inspired by the memes trending on the internet.

The most popular and recent example of such a meme coin is the Dogecoin that was created with inspiration from the Shiba Inu dog meme. Moreover, more such meme coins are inspired by the same meme, one of which is even named Shiba Inu.

Besides that, even though these meme coins are created as a joke and have a very low value, people buy them heavily, primarily for supporting their favourite meme trends.

Additionally, they are often hyped by celebrities and influencers, and as a result, the value of these coins often shoots up overnight. However, the value goes down as quickly as it shoots up once the hype is lowered.

So, meme coins are highly volatile, and while you might be interested in buying them, you must be very careful. One wrong decision can make you lose a lot of money.

Given the volatility in this segment of the crypto market, it’s best that you steer clear of them, especially when you are a beginner.

However, if meme coins seem interesting to you and you are willing to take a risk, then buying meme coins can be very profitable for you, provided that you put your money in the right tokens. The question is, how will you know the coins that are most trending and ruling the crypto market?

Well, let us help you with at least five options. Hereinbelow is a list of the top five meme coins that ruled 2021 and can be a good start for 2022.

Meme coins are very volatile. They come and go out of trend very quickly. So, you always need to be updated about the most trending meme coins if you at all want to buy them.

This article details the top five meme coins that ruled 2021. So, go on, have a read, and check what will be a good option for you.

Dogecoin was highly hyped in 2021. However, it was launched much earlier, in 2013, to be precise. The meme coin is inspired by the famous Shiba Inu dog meme, a Japanese dog breed. As a result, the meme coin has phenomenal support from the Shiba Inu community.

It is, in fact, one of the earliest meme coins in the crypto market and works on its own blockchain technology.

This isn’t easy to find in meme coins, so Dogecoin having it makes it pretty different from the other and thus more popular. Given how it skyrocketed in 2021, after years of its launch, it had to be on the top of this list.

The meme coin is also widely promoted by Elon Musk, and it’s also rumoured that it will be acceptable for some of Tesla’s merchandise. Moreover, Elon Musk has also used the Doge token to fund the SpaceX project.

So, you can see that Dogecoin is extremely popular, and since there is almost an unlimited supply of it in the crypto market, you can consider buying it. 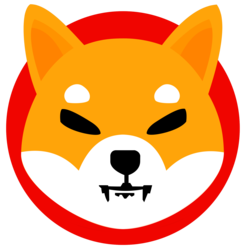 Another meme coin inspired by the same meme trend as Dogecoin is the Shiba Inu coin. The coin was launched recently in 2020 for taking a dig at Dogecoin and is self-proclaimed as the Dogecoin killer.

In fact, at one point, it even managed to get ahead of the Dogecoin in the meme currency market. After that, however, it experienced a fall and now is at the second position, right below its competitor.

The coin is based on the Ethereum blockchain, which means it’s secure and fast. Additionally, Shiba Inu also has an almost unlimited supply given the fact that presently there are as many as about a quadrillions of them available in the market.

With all of this, it’s interesting to see the competition between Shiba Inu and Dogecoin and keep an eye on which emerges at the top 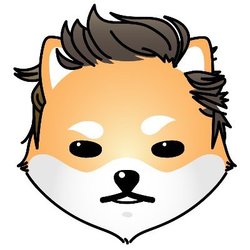 It’s also inspired by Elon Musk, who is pretty famous in the crypto market, almost as much as he is famous worldwide.

The coin, however, has no direct relation to Elon Musk, even though the name has managed to make it pretty popular in a very short time.

A little different from all the meme coins inspired by dog memes, Monacoin is a meme coin inspired by an ASCII art character that looks much like a cat and is named Mona.

It was launched in December 2013 and is one of the first cryptocurrencies in Japan. The coin is based on the popular Ethereum blockchain, and it’s pretty different from other meme coins.

Unlike other meme coins that are merely made as a joke, MonaCoins are used even as a payment in small shops and online stores. Moreover, these coins are also used for tipping purposes and have a different community. 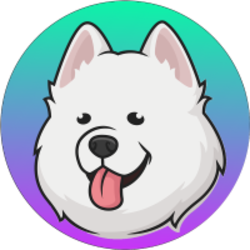 The meme coin is community-owned, and the entire community enjoys putting money into it to increase its popularity.

The coin was only launched in April 2021, and given that within a few months, it made it to the top fice list of meme currencies, it indeed ruled 2021.

So, that’s all about the top 5 meme coins that ruled 2021. Most of them are inspired by Shiba Inu, and the meme still stays in trend, which only increases the chances of all these coins remaining in trend for a longer time than one would expect.

Hand-picked guides for you:

I have been a crypto enthusiast from 2015 to date. I have written all articles published on this website. I hope you guys enjoy reading them.

The Top 5 Best Tron Wallets That You Can Trust

How to mine Monero on Chromebook?

What is Cardano coin (ADA)?